Our upcoming program “Russia Revisited” on Sunday, December 15, 2013 at 3:00pm features great 20th- and 21st-century works by Russian composers. The program’s title refers to our “Russian Roots” program two seasons ago. I programmed it in conjunction with pianist Charles Abramovic, DSE core artist and my duo pianist for about 12 years. I decided to feature the piano as a point of departure in selecting from the vast repertoire of Russian chamber music. I invited Charlie to choose a solo sonata by Prokofiev to perform in context of duos for flute and piano and viola and piano by Shostakovich, Mieczeslaw Weinberg, David Finko, and Yevgeniy Sharlat. Charlie suggested we invite pianist Tatiana Abramova to collaborate on this program, and we are delighted to be performing with her at her Dolce Suono Ensemble debut.

Tatiana Abramova, born in Novosibirsk, Russia, received her DMA from Temple University, where she studied with Harvey Wedeen. She took graduate seminars with Charles Abramovic, who called her “a marvelous pianist and a very strong musician. She gave some of the best recitals I have ever heard at Temple.”

In addition to her experience performing Russian music, Tatiana encountered a rich pedagogical tradition during her studies in Russia. She studied with Mary Lebenzon at Novosibirsk Conservatory, who was a student of the legendary piano pedagogue at the Moscow Conservatory Alexander Goldenweiser, a friend of Scriabin, Rachmaninoff, and Tolstoy. On her approach to Russian piano music, Tatiana said: “In my youth I primarily focused on the music of the Romantic period: mostly the works of Schumann and Chopin. Russian music is very difficult for young pianists: it requires physical strength, big hands, and the type of understanding of music which only comes through life experience.”

I also spoke to Charlie about the Prokofiev piano sonata he selected, #6. It is one of the composer’s three “war sonatas” written during World War II. He notes that the nine Prokofiev sonatas are staples of the piano repertoire, and “demonstrate (as in Beethoven sonatas) the stylistic and artistic growth of the composer.” He finds in the music an “interesting intersection of orchestral-like sonorities with pianistic figuration. I see the sixth sonata as Prokofiev’s most symphonic, and to me it would be the most successful to orchestrate.  Despite the brutality and modernist tonal elements in the music, there is a strong sense of tradition with the four movement structure, and even the return of first movement material in the last movement.”

Click here to purchase tickets online. They can also be purchased at the door.

For more information, please write us at info@dolcesuono.com. 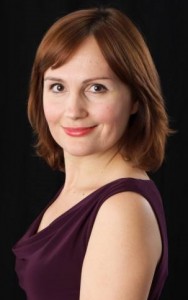 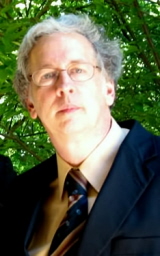