Dolce Suono Ensemble (DSE) is pleased to announce a series of online lectures on music, given by founding Artistic Director Mimi Stillman with contributions by additional DSE artists. To our great disappointment, the Covid-19 pandemic has forced us to cancel our scheduled programming this 2020-2021 season. While we cannot get together in the concert hall until it is safe to do so, we invite you to join us in learning and going deeper into our beloved repertoire in innovative ways.

Many of you are already experiencing the online initiatives we have launched since March 2020, such as the release of new and existing performance videos, artist interviews, virtual educational outreach, and “Tea with Mimi” Livestreams. This lecture series is designed to take you on a journey with host and flutist Mimi Stillman and more of your favorite DSE artists, such as pianist Charles Abramovic, exploring six topics related to DSE’s award-winning programming. Each lecture will be timed with the release of new and existing videos from our acclaimed performances.

As subscribers, you’ll get to watch the video lecture with unlimited access for 30 days, enjoy the performances that go along with it, and be invited to special online conversations to chat with Mimi and other DSE artists. You have enjoyed Mimi’s commentary and program notes over the years, through which she brings her training and experience as a historian (MA, University of Pennsylvania) and published author (Oxford Encyclopedia of the Modern World, Flutist Quarterly, Mozart Society of America journal) to bear on the music. In these lectures, Mimi will speak, demonstrate by playing musical examples, and share insights from contemporary sources such as correspondence, newspapers, and manuscript scores.

Lecture topics
1. Women Composer Pioneers – Expanding on our 2016 project on American women composers and preparing for our Festival of International Women Composers planned for this season, we feature the contributions of major women composers of the late 19th century into the 20th (including: Beach, Boulanger, Chaminade, Smyth, Bauer)

2. Latin American Chamber Music – An introduction to this fascinating repertoire to which we have devoted our longstanding Música en tus Manos (Music in Your Hands) initiative highlighting Spanish and Latin American music and engaging the Latino community in chamber music (including: Ginastera, Villa-Lobos, Ponce, Carreño, Piazzolla)

3. Debussy’s Sonata for Flute, Viola, and Harp – The compelling story and fascinating background of this iconic masterpiece

4. Schoenberg’s Pierrot Lunaire – History, context, and analysis of one of the most influential works of 20th-century music

5. Samuel Coleridge-Taylor, H.T. Burleigh, and Antonín Dvořák: Momentous Meetings in the History of African-American Music in the United States – Around the turn of the 20th century, composers and writers turned their attention to Negro Spirituals and embraced new sources in their quest to define American musical identity.

6. Music in the Second Capital – An in-depth look at the subject of our NEA grant-winning project centered on the musical tastes of the Founding Fathers and music culture in Philadelphia around the founding of the United States (including: Handel, Corelli, J.C. Bach, Mozart, Haydn, Hopkinson)

Six, 25-minute lectures to be released monthly, January-June, 2021Each lecture will be available on DSE’s YouTube channel for 30 days
Subscription: $90 per household

Your subscription will support DSE at this challenging time, and help us continue to fulfill our mission of enriching and informing people’s lives through chamber music.
Click here to subscribe via PayPal. Email us with any questions.

November 27, 2020
by Dolce Suono
Comments Off on Black Friday Sale: Buy 2 CDs get one free!

Buy 2 DSE albums and get 1 free for all your holiday gifting needs!

Click here to browse and purchase + email us here to indicate which free CD you’d like to receive. 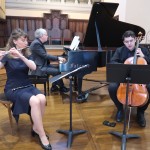 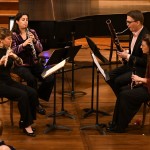 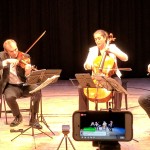 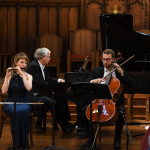 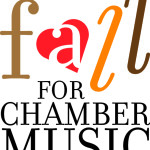 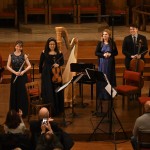 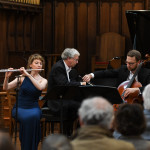 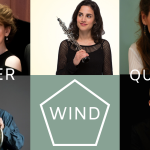 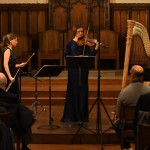 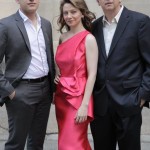 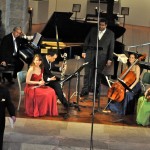 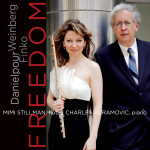 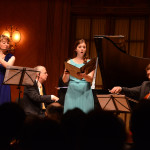 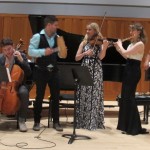 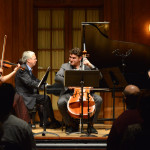