A Conversation with Misoon Ghim, mezzo-soprano

Dolce Suono Ensemble is excited to welcome mezzo-soprano Misoon Ghim as guest artist  at our concert “DSE Goes to Society Hill!” on Sunday, April 27, 2014 at 3:00pm. Critically acclaimed for performances with the Opera Company of Philadelphia, the New York City Opera, and other international opera houses, she has appeared in concert performances with conductors including Wolfgang Sawallisch, Christoph Eschenbach, and Patrick Summers. Ms. Ghim graduated from the Curtis Institute of Music and  The Juilliard School, received two Metropolitan Opera Education Fund awards, and was a member of the San Francisco Opera’s prestigious Merola Program.

Misoon Ghim and DSE Artistic Director Mimi Stillman were classmates at Curtis, and collaborate on faculty of Curtis Summerfest’s Young Artist Summer Program, where Ghim is head of voice and Stillman is head of winds. Stillman recently interviewed Ghim about her life in music and other topics.

Mimi: What are some of your recent highlights?

Misoon: My recent highlights include my recital debut at Carnegie’s Weill Hall last spring. This recital was accompanied by a fabulous pianist Amy Yang, DSE artist and director of the Curtis Summerfest Young Artist Summer Program where you and I both teach. In fact, directing the vocal program at Curtis Summerfest is another highlight. It is exciting to teach young musicians and to introduce them to the magical world of singing.

Mimi: What is your favorite music to perform?

Misoon: Gustav Mahler’s Rückert Lieder is my favorite music to perform among many beloved works.  I feel close to the spirit of Rückert, who was influenced by Oriental philosophies. I have performed one of the Rückert Lieder, “Ich bin der Welt abhanden gekommen” under the baton of Christoph Eschenbach and with him at the piano, at Pacific Music Festival in Sapporo, Japan. It was an amazing experience!

Mimi: I love Mahler’s Rückert Lieder too, and the song “Ich bin der Welt abhanden gekommen” is one of the most deeply emotional works of art I have ever encountered. How exciting that you performed it with Maestro Eschenbach.

You were born in Korea and have lived in different U.S. cities, but you have made Philadelphia your home. How do you like it?

Misoon: I love Philadelphia, professionally and personally. There is something in the air, I feel it! It is a lovely place to live and raise my kids, and a rich cultural center that welcomes diversity. In addition to studying at Curtis, I received my DMA from Temple University, where I wrote a dissertation on Baroque vocal ornamentation.

Mimi: That’s wonderful! And something else we have in common. My Ph.D. dissertation in history at the University of Pennsylvania is on a topic related to Baroque music. I look forward to performing some Baroque music with you at our upcoming concert, including John Dowland, Jean-Philippe Rameau, and George Frideric Handel. Our program also includes music of Mozart, Beethoven, Rachmaninoff, and Piazzolla. The  ensemble is looking forward to performing with you!

Sunday, April 27, 2014 at 3:00pm followed by a Post-concert conversation and reception 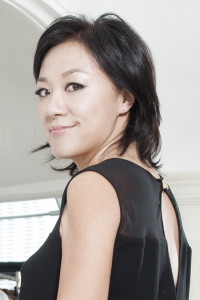